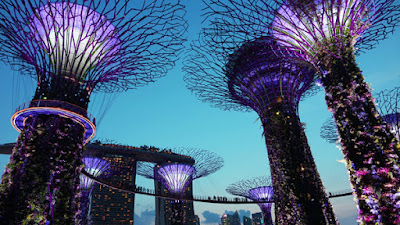 We were deposited on the grounds leading up to the concert venue with little fanfare. We immediately activated our shield rings and eyez. Now we were safe and secure and were able to see 360 degrees around us for up to a mile.

My friend and I trudged over the pavement that led to the entrance, all the while people-watching. The fellow concert-goers were as decked out as were. Lighted pants, colorful, shimmering tops that oscillated between opaque and transparent, hats with videos playing above the brim; the fans of Snuffleupagus were indeed colorful.

Our eyez floated above our heads, scanning the place with precision. There were about twenty-five of the one-inch drones, all synched to my contacts which in turn displayed a kind of HUD directly in my vision (I set mine to display across the top third of my vision). They fly around according to pre-set patterns, and have a bit autonomy too when things get dicey. Some buzz around my head while others shoot off in all directions and around corners to offer me a complete picture of my surroundings.

As we approached the huge double doors that marked the entrance to the amphitheatre, a small queue had formed. We dutifully went to the back and waited for our turn on the people-thrower. A minute later we were at the doors and I put my finger in the scanner as I stepped onto the people-thrower platform. 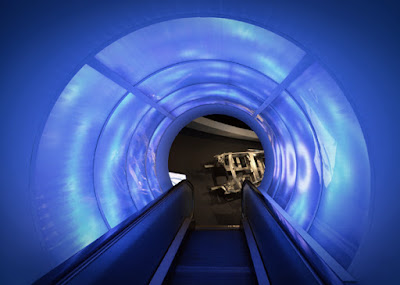 An instant later I was being whisked up, over and through various points in the amphitheatre, flying actually, until I slowed and was gently placed onto my seat. My buddy plopped down next to me in his seat, smiled at me and thanked me for the tickets. I like doing good things for people. We had a good pair of chairs in which to enjoy the spectacle.

Looking out over the crowd, I gathered my composure and sighed with contentment as I viewed the stage. This theatre-in-the-round amphitheatre didn't have a bad view, and our seats were perfect to watch the live concert. We were far enough back so that the anachronistic tradition of Snuffleupagus spraying the front row wouldn't be an issue for us. And this was nothing like being in the stands of some football or soccer stadium.

We spent a short while of watching other Snuff fans finding their seats as the venue's lights dimmed in preparation for the concert's start. I signaled and my eyez made their way back to my hat's docking port and I reached behind my ear to turn off my comm-net. These interfered with live shows. Finally, I stuck my finger into the seat's armrest jack. I was ready.

A half a second later I was being transported again, but this time through nothing but colors and mist and alien sounds. This lasted only a minute until everything was personally calibrated for me and I settled down to a much more comfortable floating sensation. I didn't feel the seat beneath me although I knew it was there. Instead I was alone in a vast space, looking down at the obscured stage, weightless, as the sounds of Snuffleupagus began to creep out of the corners of nowhere. 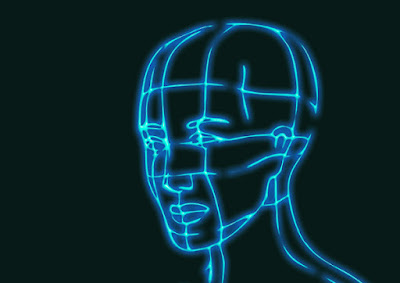 The all-immersive concert-going experience is never dull, never the same and absolutely mind-blowing. The sights one sees are synched to the music, which you feel in your bones and out your nose. You are moved to the rhythms, flying with the beats, dripping with the melodies, all the while seeing a thousand movie screens play coordinated, synched stories that tell the story of the music you're experiencing. There is nothing like it in the universe.

I signaled again to change my concert experience and allowed my friend in to float next to me. We experienced the show together for a while, drifting in and out of the music's realities, losing all sense of ourselves while Snuffleupagus played on and on.

After a time a red dot appeared blinking in my vision to signal that the end of the concert was near. Within minutes I found myself back in the seemingly one-dimensional, dull amphitheatre seat next to my friend as the music ended and the lights began to get brighter. The end of a concert always sucks. I didn't even need to do anything and the people-thrower had me and was racing me to the nearest exit.

When I landed, my friend was already there waiting for me. We both activated our comm-nets and eyez and I signaled our transport. Thousands of other fans were doing the same thing across the venue's exit area while others began their post concert festivities. But we needed to leave. 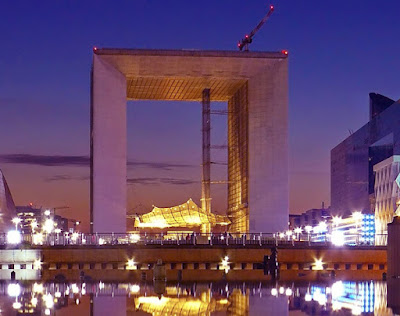 Our transport arrived a few minutes later from the eastern sky. It must have been three in the morning at that point and I swear I thought I could see the dim light of a sunrise as our transport settled on the grass next to us. When we boarded, strapped ourselves in and ascended, I could see the concert grounds recede in the window like a giant map shrinking in seconds as our transport carried us up and away and back to my friend's awaiting parents a continent away.

I stuck my finger in the jack next to my seat and opened my eyes. I looked around. I was back in my office, old furniture around me, sitting at my desk alone. As I looked down and saw that my finger was stuck in some kind of jack that was connected to a computer, it started to come back to me. It always takes a second to come back, that's part of the program, a deliberate feature to make it seem all the more real.